What if your lack of structure is the sole reason you can’t get and stay in shape?

It’s easy to scoff at, but let me paint a quick picture.

I’m going to use ‘Joe’ as an example here.

Joe is 40 pounds overweight, works a demanding 9-to-5, and while he used to make time for working out, he let the habit fall to the wayside.

Truth is Joe used to be very good at maintaining his workout schedule but since he changed jobs, he fell out of the habit and hasn’t gotten back into the groove.

And in the last 6 months since being at his new job, he’s packed on the 40 pounds he wants to lose.

The only noticeable difference in his schedule is that he stopped working out during the transition to a new job and never restarted.

And the other changes, while subtle, have had an enormous impact.

He used to make a breakfast for himself immediately after working out in the morning, but now he rolls out of bed and gets something at the drive through on his way to work.

Lunch used to be leftovers from the food he cooked the night before, but now it’s random stuff he finds in the office—mostly sweets and sugary coffee.

And for dinner, 3-4 days per week, he’ll often go to the bar afterward for a few beers and some fried finger foods shared with coworkers.

Joe once operated with a specific structure for his workouts, and as a result, he automatically ate better. But now with the new job, and falling off of the training bandwagon, he’s let his other positive habits (eating better and cooking at home) slide.

Here’s why a lack of structure will destroy your physique and any fat loss plans you have.

1. Without structure, you are unclear of the path

It doesn’t matter if you have the secrets to the best workout plan and the healthiest diet known to man… if you are not following it during the week and being consistent, you’ll never reach your goals.

Because if you aren’t structuring your diet and training into your life, it’ll never be a priority (meaning it never gets done)

2. Without structure, you rely on willpower

A common misconception (especially among us manly men who can do anything, grrrr) is that we’ll just willpower our way through something without planning or putting much thought into it.

“I’ll just go to the gym 3 days per week after work. Not sure what program I’m going to follow, but I’ll figure it out.”

That’s a common idea but guess what? It never pans out. By the end of the day, we’re tired, worn out and if we don’t have our workouts written into the calendar and planned for accordingly, it usually never happens.

3. without structure, you tend to get sidetracked

See point #2… if you aren’t focused and have your training/diet locked in, you’re bound to be looking around for quick-fixes and shiny objects that will ONLY keep you sidetracked and overweight and out of shape.

If you’re like Joe and need specific help with structuring your diet and training, get in touch and we’ll make sure you get back into shape. 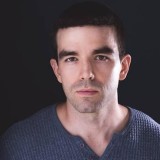 JC Deen is a fitness coach to hard-working entrepreneurs, CEO's, and busy people who prioritize their health and their time.